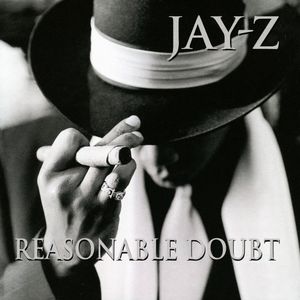 Synchronicity has one of the best starting tracks of any album. Titular (Version One) is a hard driving pump – your fist in the air – 80s rocker laced with enough musical oddity to keep it interesting and challenging. Then the inconsistent journey begins. It’s a reflection of the band’s fractured relationship and the album suffers a bit from it. From “Synchronicity I”, it goes to the chant of “Walking in Your Footsteps”. A great song but it leaves the listener a bit hanging after getting revved up so hard. This leads into “Oh My God”. A perfectly fine song with a good groove. So we are back on track, right? Then along comes “Mother”. An out there barely-listenable indulgent scream fest. “Miss Gradenko” is a nice and appropriately weird soft landing, after the shock of “Mother”. Then we get into the mammoth hits. My fave of the hits is next (Titular Two) with its rock solid groove mundane big picture lyrics:

“Every meeting with his so called superior, is a humiliating kick in the crotch!”

Then the stalker snooze fest “Every Breath You Take”. “King of Pain” is perhaps one of the best Police songs ever written. And “Wrapped Around Your Finger” is slightly less sleep inducing than its stalker  counterpart. The last two songs are sort of forgettable and then its over. All in all it’s a mix of greatness, weirdness, and flaccid pop. A rave review for a band I actually truly love.  It’s a fractured contribution. You can’t deny it’s a classic album, but the Police have better ones. This one is maybe middle of the pack.

Moving from a fractured group at the end of their run to a master first entry from a hip hop legend soon to be realized. Reasonable Doubt is as solid a hip hop album as you can get. Every song holds up. Jay-Z’s rapping style feels like it’s chiseled from stone. Where most 90s hip hop albums were either hard core gangsta rap or RnB/Jazz, Reasonable Doubt found a Goldilocks zone. It’s an almost perfect album in the way that Nas’ Illmatic is almost perfect. In fact it seems very much modelled after Nas’ masterpiece with its consistency and singular inner city crime fuelled vision. He references Nas on multiple occasions, so I would think he welcomes that comparison.

Many consider Reasonable Doubt to be Jay-Z’s best work and I would find it hard not to agree. Of course I am troubled by the misogyny and homophobia that sprinkles the album, but I have to treat that as a character (having no evidence to the contrary) and not a character trait of Jay-Z’s. If that changes I will revise my review.