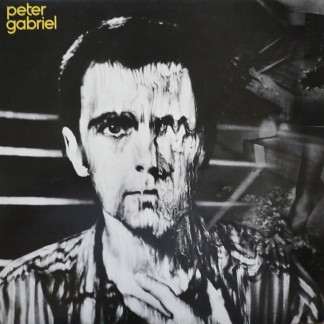 This is a strange battle.  An interesting battle where similarities are minimal.  Aside from the numerical album identifier, both albums at times offer strange and alluring sonic touches that create interest unique within its own genre. With Gabriel, he mixes up different rhythms and musical styles incorporating African drumming and bag pipes on top of a synthy melange of distraught funkiness.  With Jay-Z, he mixes non-traditional hooks to give depth to the seemingly superficial world of Gansta Rap.

Despite the troubled inference in the title, Jay Z has no distraught funky qualities.  Touting his Roc-A-fella CEO status, this is a man demonstrating that he is in charge of both his world and yours too.  Aggressive and relentless, letting you know where he and those around him stand.  There is only one rhythm here. That tight ‘boom bap’ 90s hip hop perfected by Jay-Z and other outfits like A Tribe Called Quest, Mobb Deep, Wu Tang, and Black Sheep.  What I love about Jay Z’s songs is his sample and riff selections.  To my ear, it starts off sounding wrong but immediately makes sense and always works. Like the title track.  It’s quite an achievement to make a group of orphaned little girls who often break out into saccharine songs sound as hard core as a drive by shooting.  I am not sure anyone else could do that and get away with it. He even acknowledges that he might get criticized for his riff selection, but he couldn’t care less. On the track “Money, Cash, Hoes”, he spits:

Hard Knock Life was a commercial break-out for Jay-Z.  Once I get past the N-word fueled misogyny laced anger words, I can definitely bounce to stand out songs like “N***a What”, “N***a Who”, and “Can I Get A…”.  A highlight for me is using Talking Heads’ “Once in a Lifetime” on the track “It’s Alright (Streets is Watching)”.  The album is an undeniable party.

There is no party for ol’ Pete here.  If anything, Peter Gabriel (a.k.a. 3 or Melt) is the cozy but achy stay-in-bed hangover after.  Like the album cover, 3 presents two faces.  Sometimes between songs and other times within the same song.  Peter Gabriel is filled with clean musical lines and clear voicing mixed with a weird atonal smearyness that is hypnotic and at the same time unsettling. There is a grand sweeping musicality but it’s also minimal in that Eno-esque style common to the burgeoning New Wave landscape.  Melt was a critical breakout for Peter Gabriel and I can see why.  It’s a gorgeous, ugly, sprawling, melancholic, upbeat, danceable, anthemic, understated, sad, and angry piece of work.  With still more to discover in the morning after, I am more likely to stay in Pete’s complex world a little longer and forgo the next party.