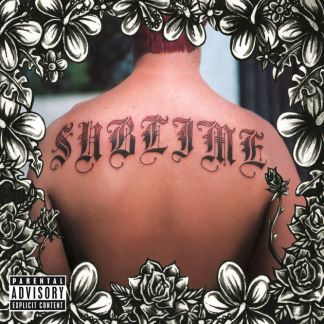 Listening to the Boss’ 80s masterwork is like splashing cold water on your face. It is always refreshing. As if defragging my brain, this album is exactly what I needed to refresh what was building up as musical clutter from all these album battles. It is a treasure from start to finish. Prior to this battle, I knew none of the songs, save for a mild familiarity with the title track. Not only has it cleared my mind. This album has completely reformatted my view on 80s rock music. Perhaps I have been too hard on you, 80s rock music. Especially when records like Tunnel of Love exist.

Where many rock legends from the 70s failed to successfully adopt the 80s musical sound technologies, Tunnel of Love does it with such taste that I regret not feeling nostalgia when I listen to it. Its use of synthesizers is a mature take on the newish 80s sound.

Even with that high tech sound, its traditional quality remains strong. Take the first track. “Ain’t Got You” wallops you with a true traditional ‘this dance hall’s a’ rockin” sound. It’s confident. The whole album is confident.

And those heart wrenching lyrics. Like on “Cautious Man”:

The words are beautiful but I think something really bad happened.

The Boss is all grow’d up with his compilation of mature takes on all the different aspects to love. All the ugly and the beautiful. The song Tunnel of Love is a complete joy. From its weird atonal start to its cool groovin’ all-tonal synth progression. The lyrics are a sharp take on adolescent love from a man who has been through it all.

Well, I can feel the soft silk of your blouse…And them soft thrills in our little fun house…Then the lights go out and it’s just the three of us, yeah…You, me and all that stuff we’re so scared of…Gotta ride down baby into this tunnel of love

I think its mild obscurity, compared to his other monster albums, helps its ‘ear’-ptics. It just sits there in the Bruce cannon, unassumingly being awesome.

So, on to this battle’s victim. Sublime is fine enough. A great soundtrack for the 90s university scene. Perfectly fine songs to drink to, to dance to, to whatever to. You know, just “rocking and rolling and what not”. It’s a full blown epic mix of peppy rock, grunge, punk, hip hop and of course reggae. All with lyrics that elevate it to a thinking man’s Limp Bizkit.

If you were to track Sublime like a night at a university dance bar, it starts off feelin’ oh so fine. You’re starting to buzz off the first few beers. That’s the first few tracks. It starts off strong with “Garden Grove”, lesser “What I Got”, and “Wrong Way”. The bar is jumpin’ by “Santeria”. Six beers/tracks into it, we have hit the sweet spot. But that ends quickly. We get a little over excited and the night starts to become a shit show after 7 beers/tracks in. Track/beer 8 thru 13 is a bit of a mess. Still fun, but a bit too confused and a bit too aggressive. But by track/beer 14 something magical happens. The drunken mess finds synchronicity for the last few tracks/beers. The album ends gloriously. From “What I Got (Reprise)” to “Doin’ Time”, it’s a stone cold jam.

In the morning that splash of cold water on the face is gonna feel so refreshing.