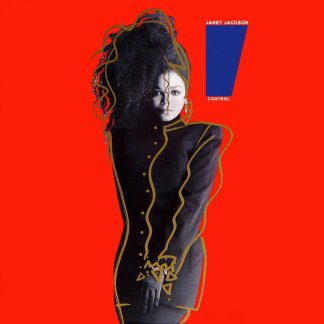 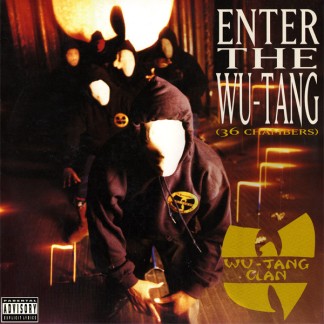 Surprisingly enough, as a lover of 90s hip hop, I had never listened to Enter the Wu-Tang before. This is classic 90s rap. I should have listened to it. I denied myself the pleasure of puffing out my young chest to this tight package of funk rage delivered by an ensemble of some of the best rappers out there. I also denied myself the myriad of references and notable quotes that 36 Chambers provided. “Bring tha Mutha Fuckin Ruckus”, “Protect Ya Neck”, “Wu Tang Ain’t Nothin to Fuck With”. The lyrics on this album are clever, fast, funny and complex. What do you expect when they are trading fours with the best in the biz?

This album is the granddaddy of 90s rap music. The ripples of their influence can be heard by other artists for the rest of the decade and beyond. I wish current popular hip hop sounded a bit more like this; this ain’t lazy sparse mumble rapping. This is aggressive, clear and active rap. Method Man, Ol’ Dirty Basterd, Ghostface Killa, Raekwon, and the rest of this titan rap roundtable trade off rhymes like a relay team, pushing each other to the finish line, leaving the other runners lying on the ground in their rap wake.

Perhaps my favourite aspect of this album is the use of the piano as hooks that thread through each song. It has this Thelonius Monk quality to it. Arhythmic, off tempo, atonal at times. It puts the whole album on edge in a way that keeps the clean and clear danceable groove that is under it on notice.

And then there is Control…

I admit, I did not connect with Control at all. I tried but it’s hard when you’re not a 13-year-old girl from the 80s. This record is stuck in time. I think if you loved it then you are likely to love it now. But to listen to it now, ughh! It’s hard to get around the very dated sound and sparse instrumentation. I just don’t like this album.

36 Chambers is deep. It’s layered. It’s complex. Control just skips off the surface. This is a clear case of something so over produced it becomes thin and unsubstantial. I hate crapping on an album so much. It made the list and had a cultural influence on the Western world. But that’s it for me. It’s a piece of time-stamped culture. That makes it relevant on some level. But it pales to the might of Enter the Wu-Tang (36 Chambers). This was no match.